We don’t often explore the biological and evolutionary fundamentals behind the evidence the IRF uses in support of incentives, rewards, and recognition. Yes, we take care in backing up our claims around the effectiveness of rewards with data from academic research, rigorous experimentation, and even neuroscience, but what about the root, biological evidence behind this data?

I’ve been wondering lately, for example, why neurochemicals – like serotonin and dopamine – triggered by incentives and rewards and then released by the brain, can lead to changes that alter long-term habits and behaviors. Something basic in the brain, after all, must change for new behaviors to arise. To answer this question, I turned mainly to Nobel Laureate Eric Kandel at Columbia University who wrote a book in 2008 called In Search of Memory.1 In this long, fascinating volume, Kandel weaves tragedy, art, literature, love, and science into a beautiful mosaic about his life across six decades of cellular-level brain science. Kandel’s life’s work earned him a shared Nobel Prize in Physiology or Medicine in 2000.

Kandel performed most of his work on sea snails whose exceptionally large neurons (brain cells) are easy to work with. Building on experiment after experiment, year upon year, Kandel and his colleagues unlocked many of the mysteries of learning, memory, and behavior (in sea snails, humans, and anything else with a nervous system).

Why is this relevant to your work? Rewards and incentives make only a quick and superficial impact if they fail to evoke learning and long-term memory. Consider the ‘classical conditioning’ experiments of Pavlov, Skinner, and others, which worked by associating a noise (or other stimuli) with a reward. Ring a chime enough times before giving a dog a treat and the dog will learn to salivate at the sound of the chime alone. Humans are different, or so we like to think, but the processes are identical, honed by evolution and reused in virtually every species from sea snail to human because they help species survive.

So How Does it All Work?

In the late 19th and early 20th centuries, Spanish anatomist Santiago Ramon y Cajal discovered that nerve cells communicate with each other using signals called neurotransmitters. The long, narrow nerve cell receives information through its dendrites (which resemble branches on a tree) and pass information to other cells through axon terminals at the other end.

Cajal referred to the gap between one cell’s terminals and another’s dendrites as the synaptic cleft. This passage of information travels in one direction only. Cajal also surmised three main types of neurons. The sensory neuron sends electrical signals such as touch, vision, and hearing to the brain. The brain cell’s interneurons pass information from sensory neurons to motor neurons, which then communicate chemically with cells in the spinal cord to effect muscle movement (behavior). For these discoveries, Cajal earned a Nobel Prize in 1906.

Not long after, Charles Sherrington discovered that some interneurons act as inhibitors, blocking signals to muscle cells – an important evolutionary feature. You receive millions of bits stimuli per second, all of it competes for your conscious and subconscious attention and is far too much for you to cope with. Interneurons prevent chaos by prioritizing some actions over others – a fact important to reward and incentive designers. Why? As you know, when you repeat a reward too often, it causes “habituation.” People might still expect the reward, but they don’t get much of a ‘lift’ from it and so their behavior doesn’t change.

Kandel learned that the first time you introduce a stimulus, you provoke a response. Interneurons interpret it as novel and prioritize it to effect behavior. At the most basic level, this occurs just in case the new stimulus is a threat or opportunity. But after repeating the same non-threatening, benign stimulus, Kandel saw that his subjects ignored it completely. Interneurons assess it as meaningless and prioritize other, more potentially important stimuli.

For rewards, this helps explain – at the most basic cellular level – why repeating rewards, like cash bonuses or even the same incentive travel trip year after year, gradually loses appeal, at least in terms of excitement and buzz.

With these discoveries, Kandel discovered important mechanisms for long-term memory. In brief, meaningful stimuli – more practice – makes perfect; in sea snails and in humans. In other words, long-term memory consolidates with spaced repetition and reflection. As long as the stimulus is meaningful, it becomes memorable. Kandel’s work provided the scientific basis or proof that proteins are formed in neurons which provoke neurochemicals to create more and stronger terminals for more neural connections between brain cells and motor neurons, building long-term memory and habits.

Kandel explains that when you learn something, signals flow into your brain that activate modulatory pathways or circuits. These cause connections between nerve cells to change in function. You might remember a phone number for a few seconds or minutes, for example, but this functional change soon regresses back to the previous state, and you forget. If something is important to you, however, you repeat or do it more and remember it longer. This is evident in brain scans of pianists, violinists, and others, especially those who started their pursuits early in life. In these cases, significantly larger and stronger connections are visible in the parts of the brain responsible for their skills.

This means that everyone’s brain is different, even identical twins, because genes only tell half the story. New and stronger synaptic connections – new connections – come from gene expression (dormant genes switched on through stimuli that interneurons prioritize). You can grow and strengthen connections in your brain throughout your entire life.

For incentive and reward design professionals this matters because we know that well-chosen rewards provoke an emotional response that is likely to cause a recipient’s interneurons to prioritize the “reward stimuli.” When that happens, genes and their proteins create and strengthen the neural connections that generate long-term memory and the associated behaviors that the reward was designed to encourage.

Figure Two: A cellular-level explanation for why impactful rewards work

While all of the above represents a gross simplification, the basics hold: rewards work better when they tap emotions and avoid habituation because this aids in building more and stronger synaptic connections in the brain between the stimuli (reward) and the desired behavior.

VIEW ALL Academic Research In Action 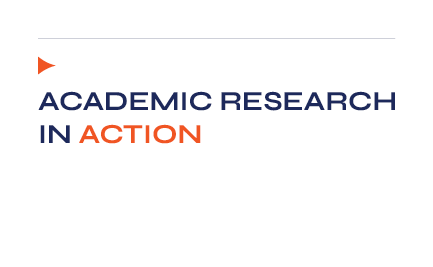 Academic Research in Action: The Role of Incentives, Rewards and Recognition in Addressing Quiet Quitting

The September 2022 report from the Labor Department’s inflation report predicts additional interest hikes to come; hikes that may very well depress spending and demand sufficiently to spark a recession. No matter the industry, firms should maintain their efforts to create a better employee experience – including more flexibility, balance, purposeful work, DE&I initiatives, and…

Academic Research in Action: Can You Recession-Proof Your Incentives?

The September 2022 report from the Labor Department’s inflation report predicts additional interest hikes to come; hikes that may very well depress spending and demand sufficiently to spark a recession. No matter the industry, firms should maintain their efforts to create a better employee experience – including more flexibility, balance, purposeful work, DE&I initiatives, and…