Some Glimpses of Hope on the Horizon

Despite the often devastating impact the pandemic had on the incentives industry in 2020, the IRF’s Industry Outlook for 2021 reports the continued importance of incentive programs to employers. While there is a realism about economic conditions, the outlook for 2021 seems more optimistic than might be expected under current circumstances.

The industry was impacted, in some areas significantly, throughout 2020. The good news is the value of incentives has been established within organizations leading to budgets holding steady in many cases. Gift card activity has risen, merchandise activity has held steady, and incentive travel budgets have not been cut as deeply as they might have been. Per person spend on reward and recognition programs is unchanged, and the rate of program cancellations is no higher than the previous year.

Three hundred twenty-two (322) participants were recruited for the survey, which was approximately ten minutes in length. Respondents were recruited from various incentive communities such as the IRF, IESP/ IMA, and Maui Jim. All respondents voluntarily took the online survey and received no compensation for their time.

Of the 322 participants, 39% represented corporate buyers, 24% represented direct gift card and merchandise suppliers, and 38% were third parties, such as incentive companies and consultants. This proportional sample composition was comparable to the previous year, which allows for direct year-to-year comparisons.

When the previous study was last conducted in 2019, 85% expected their companies to have a strong financial performance in 2020, with 68% believing the U.S. economic outlook was strong for the coming year.

This study ran for the month of November 2020, with news of the vaccine coming near the end of the month. Given the devastating impact of the pandemic on many businesses, 64% still believe their companies will have a strong financial performance in 2021 and half (50%) see the U.S. economic outlook as strong. While these percentages are lower than the 2020 outlook, they can still be considered reasonably optimistic, given that widespread distribution of the COVID-19 vaccines are expected in late spring, or early summer of 2021.

While net optimism regarding the impact of the economy declined from last year (32% down from 41%) current optimism about the economy is still above the average of the 16 previous measurements (27%).

Net optimism regarding the regulatory environment went down only slightly (10% vs. 14% in 2019)

How the Reward Mix Will Change

The study shows an overall predicted net increase for gift cards and merchandise, but a sharp decrease in experiential rewards. While people still have an appetite for experiential rewards, it is likely that employers are being cautious given the continuing pandemic. As vaccine distribution and adoption progresses, this may change for the second part of the year.

While there is a reported decline from 2019 relative to direct working partnerships, the 2020 use of direct partnerships is generally equal to, if not slightly higher than 2018. For example, 47% worked directly with merchandise brands in 2020, which is comparable to the 42% that worked directly with these brands in 2018. The use of other types of partners is also down from 2019, but not significantly different from how partners were used in 2018. Moving forward, however, the role for third party partners looks to contract next year. Procurement and purchasing, however, will play a larger role.

The current average per-person spend for non-cash reward and recognition programs is consistent with previous surveys, as any year-over-year changes in spending are within the margin of sampling differences. Average per-person spend was $764, which is comparable to spending estimates in the previous two survey waves. It is encouraging to see that the non-cash rewards and recognition spending did not see any noticeable changes from the pre-pandemic year.

For the third straight year, the reported average value of the merchandise reward was $160. Electronics and sunglasses remained the most popular merchandise items overall. 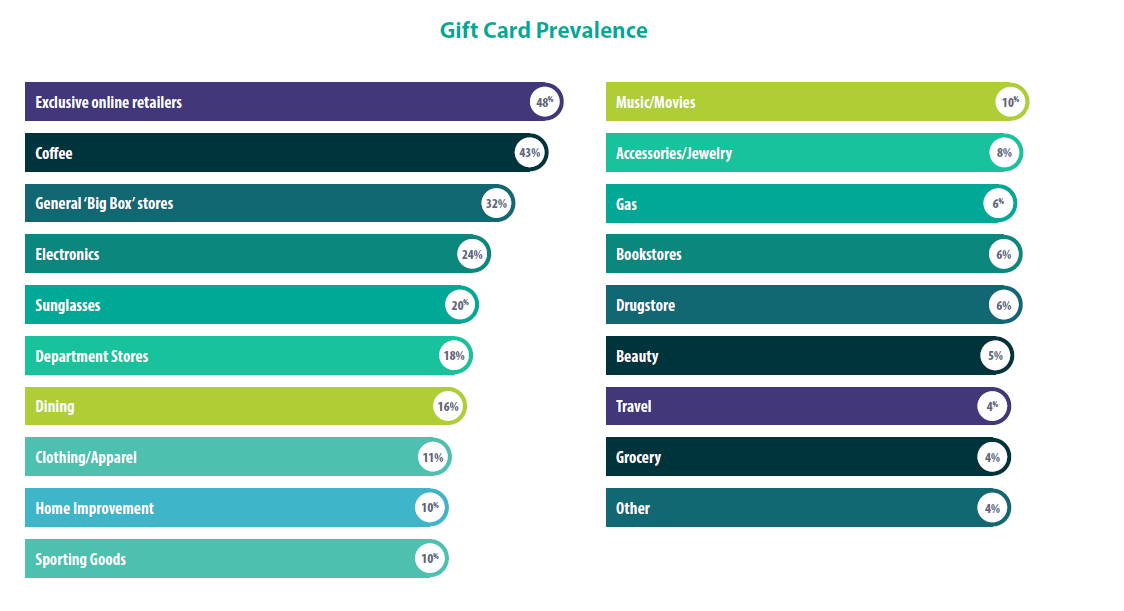 Before and After the Pandemic

While comparisons to the 2019 study give us an idea of how things have, or have not, changed in the non-cash reward and recognition world since the onset of the pandemic, the 2020 study asked a series of questions specific to changes resulting from the onset of COVID-19. The data show high percentages shifting their investments in gift cards and merchandise.

Among the 64% who changed their investment in merchandise during the pandemic, 52% increased their spend, while 48% spent less. Within the overall population, this means 33% increased their merchandise spend overall, with 31% spending less, and the rest spending about the same on merchandise. Given that there was a slightly higher percentage (22%) who said they spent significantly less compared to those who indicated they spent significantly more (18%), merchandise spending comes out to about the same this year vs. last year. 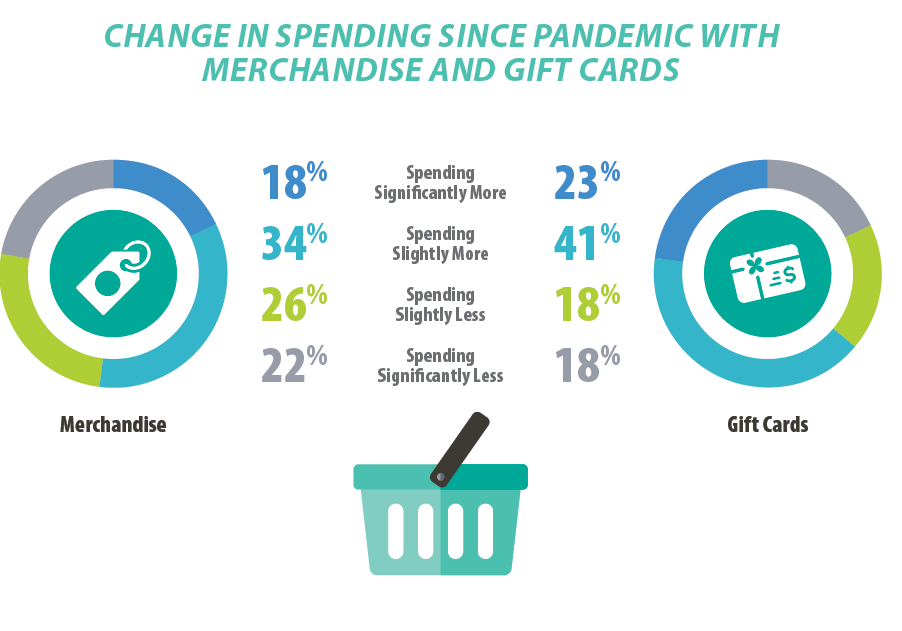 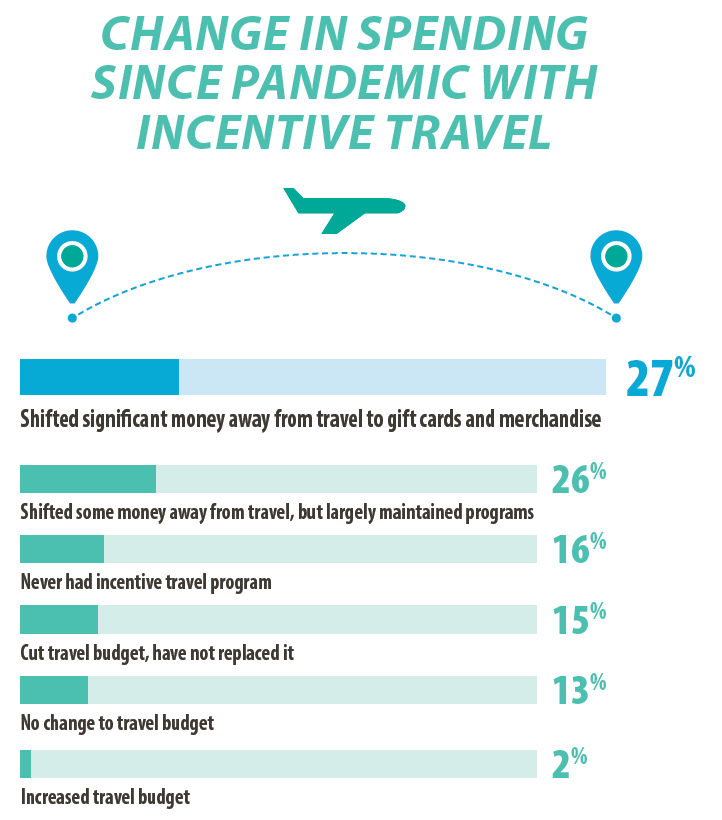 The encouraging news regarding vaccine development and distribution has the potential to favorably impact the incentive market. Nearly seven-in-ten (69%) said their incentive strategy would change either ‘slightly’ or ‘greatly’ if an effective vaccine for COVID-19 is developed within the next six months. Over half (52%) said they would increase their incentive activity if a vaccine is distributed over the next six months. The fact the vaccines seem to be moving forward suggests the outlook for the second half of the year might be much more promising than the first, especially if the economic recovery looks strong overall.

Year over year, the IRF Outlook has reported that program owners have done a great job of establishing value of non-cash rewards overall. In a year where budgets were heavily scrutinized, this value continued to be recognized and thus budgets were not as impacted as anticipated. Many incentive programs looked very different in 2020. The pandemic resulted in many organizations using merchandise or gift cards to keep teams motivated while incentive travel was on hold.

Even as we look toward recovery, it has become apparent that some people may prefer merchandise and gift cards as rewards rather than incentive travel, especially if they are reluctant to travel.

As program owners plan for 2021, many will be using a broad portfolio of rewards to motivate increasingly more employees to help accelerate recovery. The effectiveness of merchandise and gift cards as motivators will continue to be a key to the growth and success of many incentive programs. 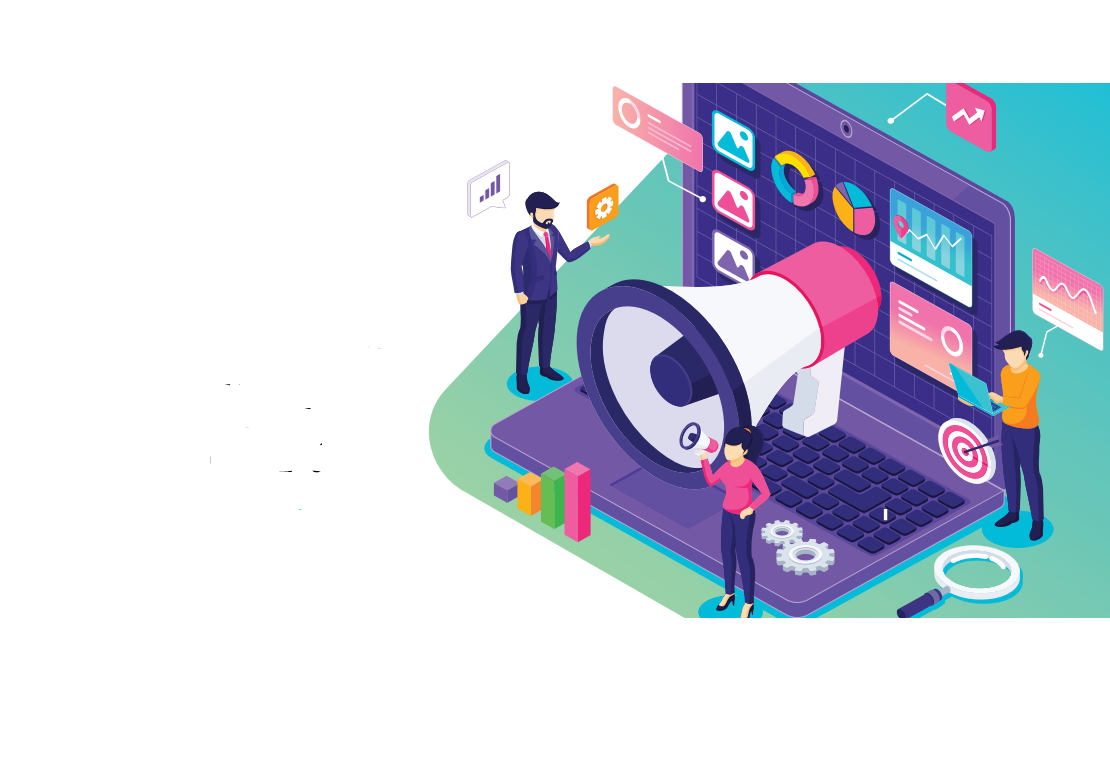 Key trends for 2021 that were expected to impact a workforce and sales landscape that had been dramatically changed by the pandemic. 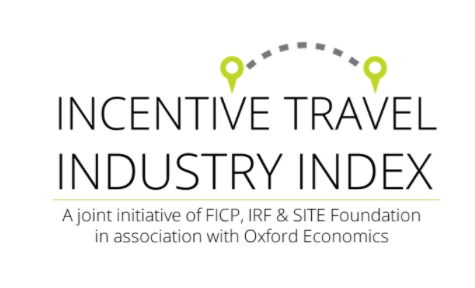 External shocks bring powerful moments of change, creating new norms. During a widespread pause on travel, the incentive travel sector has sought its bearings, wondering what incentive travel will look like on the other side.